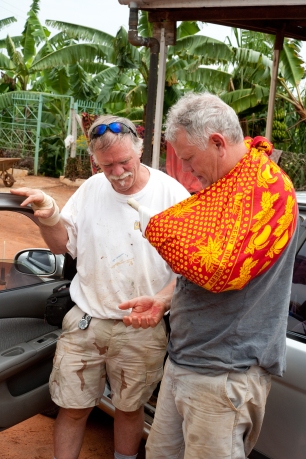 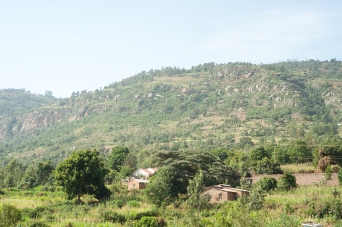 They secured a car that would make the grueling trip, along African roads to the hospital. Leaving the jobsite in the remote village of Muunyini, they drove fifteen minutes to the house they had called home for the week. Mark calmly pointed out his belongings as Sylvia quickly gathered and stuffed them in his suitcase. A couple hours after the accident, they began their journey to the hospital. Mark’s Dad undertook the daunting task of driving his injured son, wife Sylvia, and Kenyan pastor/friend, Benjamin to the Kijabe Mission Hospital . This hospital, located within the Rift Valley escarpment, in a rural area located about 65 kilometers northwest of Nairobi, was founded in 1915 by missionaries from Africa Inland Mission and initially named Theodora Hospital after US President Theodore Roosevelt.

An hour into their trip, the pain became unbearable. Benjamin suggested they stop at his doctor’s office in Machakos to see what help could be given. As they navigated through narrow streets, they somehow found a place to park and entered a dark dank corridor, wondering what they might encounter. Mark’s bruised and broken body struggled to ascend three flights of stairs. A clean doctor’s office and immediate care brought relief. Mark’s arm had swollen to the point where the tree branch splints were disappearing into his arm and needed to be replaced. A young boy sent downstairs to the tailor’s shop, brought back a couple slats from a packing crate to use as a splint. It took an hour or so, but as soon as they applied the splint and administered a shot of morphine, they continued on. 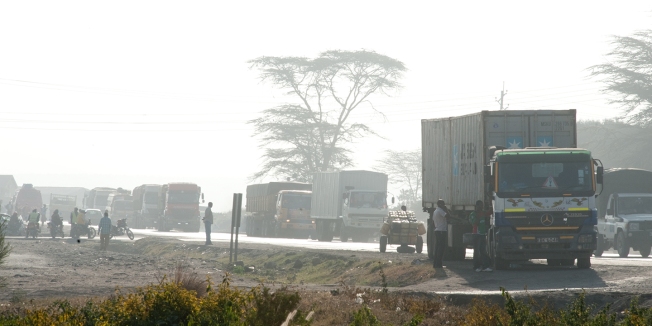 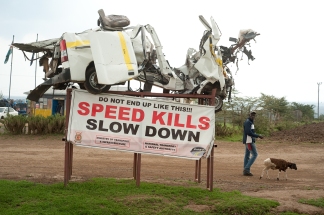 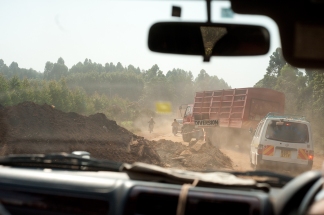 Their journey took them to the Mombasa highway, known as one of the most dangerous roads in Kenya due to its deadly accidents and bandit activity. Just outside of Nairobi they stopped to get something to eat, which took forever. They entered the southeast edge of Nairobi just in time for rush hour; crawling through massive traffic jams, noisy horns, and the smell of smoking diesel fuel. Finally they exited Nairobi on the northwest side with only 65 km to go. 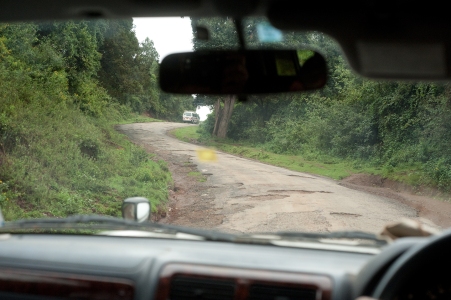 They left the highway and traveled along the road leading to the hospital. The deteriorated black top road with its maze of potholes was by far the worst road they had traveled on all day. Five hours had passed since Mark received the morphine shot and the jarring ride down this final stretch intensified his pain level. They arrived at Kijabe Hospital around seven o’clock in the evening, waiting an hour and a half before being admitted. Surgery would need to be delayed a few hours due to the fact that Mark had eaten a couple hours earlier.

#2 faith in the middle of fear (the accident)

Heartfelt thanks to Mark’s brother, Paul De Jong, who generously shared his amazing professional photographs from this trip to Africa with us. Be sure to check out his photography website. He is also writing a series of historical novels of adventure and romance set in South Africa in the 1960’s.

3 thoughts on “traveling with faith”